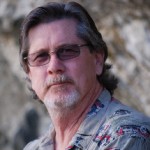 The Open Tomb re-examines the historical record about Jesus and discovers that far from being a poor carpenter and preacher, Jesus was the son of a high priest and the scion of two of the wealthiest families in Jerusalem. As the legitimate heir of King David and the presumed king of Judea, his mission was not to bring peace to the world as the head of a new religion, but to wield the sword of a nationalistic movement intent on driving the Romans from the land. His agenda was political and his methods were extreme. Jesus was so committed to freeing his people from Roman oppression that he was prepared to risk everything, including his life, to reunify them into a single nation and to re-establish the Kingdom of God, David’s kingdom, on earth.

Taken directly from the Gospels, First Century historians and the Dead Sea Scrolls, The Open Tomb sheds new light on the historical Jesus, and for the first time in two millennia strips away Christian tradition and exposes the truth.

Why Read The Open Tomb?

Why read The Open Tomb? Because two thousand years of history have been based upon Christian tradition and faulty research, and it is time to set the record straight. Biblical scholars, historians and Christian apologists have so distorted our present knowledge of Jesus the Nazarene, the most influential human in Western culture that he bears almost no resemblance to the historical man. Current views of Jesus, both conservative and extreme, are mired in the myopia of Christian thought and consequently have failed to evaluate the Gospels correctly. The Open Tomb shows that Jesus was a king, a priest, and a rebel and that the Gospels were history written as metaphor.

For example, proponents of the myth theory argue that the historical Jesus never existed, and that the rise of Christianity was based upon the myth of a dying and rising god-man, yet the Gospel pericope of the ‘Wedding at Cana’ indicates that a simple magic trick, based upon the inventions of Heron of Alexandria, was responsible for turning water into wine. Such a trick was hardly the stuff of myth and was in fact the act of a real, historical man.

Similarly, Jesus’ post resurrection appearances are more practically explained by a still living Jesus, an historical man who survived the flogging and crucifixion through the use of drugs and with the help of certain of his closest followers, including his parents. Despite what apologists and historians claim about his post crucifixion physical condition, the Gospels make it clear that his scourging was survivable and his lapse into unconsciousness after a drink of gall rendered him into a death-like state so complete that even the Roman soldiers mistook him for dead. Here again, modern scholarship’s dependence upon Christian tradition regarding Jesus’ passion, though completely unsupported by the Gospel evidence, preserves a fictional account of the Passion and prevents us from understanding the real nature of those events.

And so it goes. Christian tradition becomes fact, and scholars preserve tradition, but what if the traditions are wrong? What if the main sources of biographical information about Jesus the Nazarene have been misunderstood for the last 2,000 years?

What first grabbed my attention regarding the story of Jesus was the remarkable coincidence and timing of his drink of gall while on the cross and his subsequent ‘death’. The coincidence was too great and the timing too precise to be accounted for by mere happenstance. There seemed to be more underlying that act and I became determined to find out what it might be. Throughout my research, my goal was first and foremost to see if the events of the Gospels might be explained in purely human and natural terms. Was it possible that Jesus and those around him could have controlled and manufactured the events of the Gospels and if so, what could have been their motives for doing so? Was it possible that Jesus might have contrived to fake his death and resurrection for some gain and was that a more probable explanation for events than the miracles recounted in the Gospels? I needed to find out.

As my research began to deepen and broaden, I was struck by the fact that many of the supposed facts supported by Christian tradition, biblical scholars, and apologists were either misinterpreted, misunderstood, or willfully ignored, leading to a biographical life of Jesus unsupported by the historical records. Indeed, many of the historical references I uncovered were missed completely by scholars yet ultimately played a major role in deciphering the Gospel accounts and clarifying questions that had been around for centuries. These were not imaginative inventions created to suit a foregone theoretical conclusion, but rather the same historical references used by all other Jesus scholars to form their conclusions. I depended upon the same sources, the same First Century writings in my search for the historical Jesus, as did any other prominent scholar or apologist. The only difference I imposed was to avoid accepting the data at face value. Christian tradition had to be kept at a distance.

The Open Tomb is an attempt to redress many of the mistakes made by Christian tradition and complacent scholarship regarding the historical Jesus. It carefully re-examines the historical record without the influence of Christian tradition, and by stripping away faulty scholarship, re-evaluates the Jesus story from the ground up and with fresh insight. For the first time in two thousand years, The Open Tomb gives a full and conscientious account of Jesus, his parents and his politics in First Century Palestine.